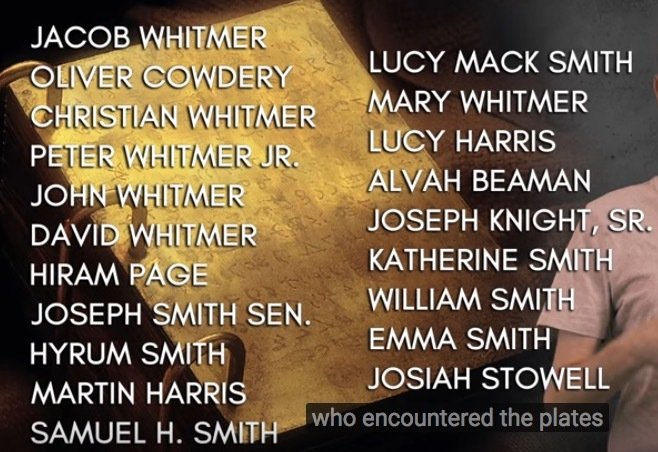 Joseph Smith claimed he translated the Book of Mormon from a set of golden plates that were given to him by an angel named Moroni. After the translation was completed, however, Joseph reported that he returned the plates to the angel. Because of this they are unavailable for examination today.

Is there any evidence that the plates actually existed, or must believers accept Joseph Smith's account strictly on faith?

Who were the three and eight Witnesses whose testimonies have appeared in the Book of Mormon since 1830?  (Their testimonies to the world may be found here: https://bit.ly/MetalPlateEYEWitnesses .)

* And did anyone besides the official witnesses see the angel or physically encounter the plates?  (View video for details.)

The video above explores the history behind the witnesses to the Book of Mormon and explains why their combined testimonies strongly indicates that Joseph Smith did in fact possess the plates "with the appearance of gold" which he translated by the gift and power of God.